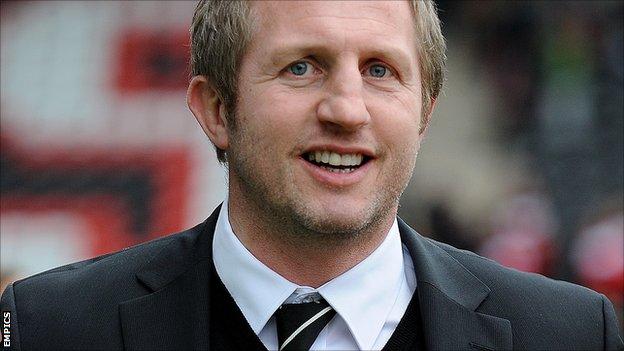 Denis Betts has said he is constantly striving to add quality players to his Widnes squad as they struggle on their return to Super League.

Coach Betts told BBC Radio Merseyside: "We've got some quality individuals and some people that are getting better.

"The only problem is that we're not all getting there together at the same time. We need to add some quality players to this group."

One player who will not be joining is former Wakefield forward Jarrad Hickey.

Widnes have withdrawn their interest in the Australian, who had agreed personal terms but has been unable to obtain the necessary paperwork that will allow him to play for the club for the remainder of the year.

"We offered Jarrad an opportunity to play until the end of the 2012 season," said director of rugby Paul Cullen.

"But following his contractual issues at London Broncos and the subsequent delays in his visa application, he has decided to go home."

The Vikings ended their seven-year exile from Super League earlier this year and have produced a couple of shock results, including a victory over current leaders Wigan in March.

But they remain bottom of the table and there have been several heavy defeats to endure as well, and Betts says any frustration from supporters is understandable.

"I can empathise with them because that's exactly how I feel," added Betts.

"It's a very tough game and people don't understand the physical aspects of the game, especially in the last bits of games, are very demanding.

"At the highest level, it takes a high quality of player and person to be able to deal with that week in and week out."