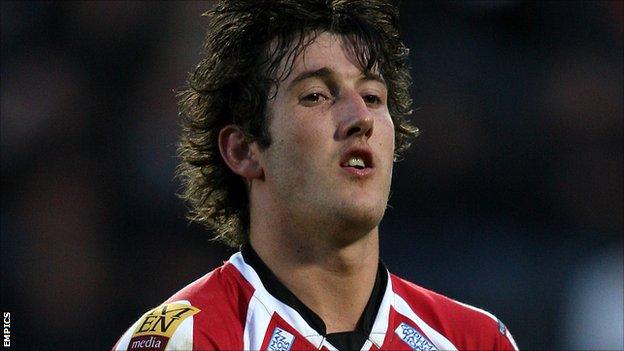 Warrington's Stefan Ratchford has spoken of his delight at scoring two tries on his return from injury.

The 23-year-old, who had not featured for the Wire since 9 March , played a key role in Sunday's 42-12 win at Wakefield.

Ratchford told BBC Radio Merseyside: "After about 60 minutes I could definitely tell I'd been out for a while, but I managed to get my breath.

"To get the two tries on my comeback was an added bonus."

"I threw him in at the deep end but he's been training with such enthusiasm for the last few weeks that I knew he would do a good job. He was jumping out of his skin to play."

Victory was enough to lift Warrington up to second in the table and to within a point of Super League leaders Wigan Warriors.

Ratchford continued: "We made several changes from last week's good Challenge Cup win against the Catalans.

"To come here against a tough Wakefield side and still score 40 points with all the changes we've made shows the quality of the squad.

"Wakefield are a good side, especially on their own patch. Once we got our act together, we put in a very good performance."