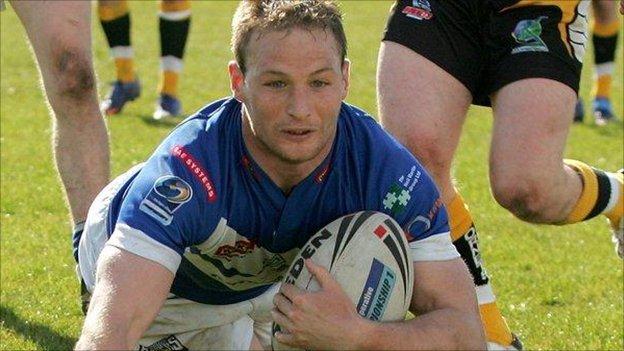 Barrow Raiders player-coach Darren Holt has acknowledged his side made hard work of Sunday's 42-12 victory against London Skolars at Craven Park.

The two sides were level at 6-6 at the break but a second-half improvement sealed the points for the Championship One leaders.

"In the second half it could have gone either way but it proved the last 20 minutes that's how we should play."

Holt continued: "We wanted to fight against the complacency we showed last week [against Workington] but didn't show London the respect they deserve.

"The scoreline flattered us, if I was a London coach or player then I'd be despondent with the final scoreline."

Meanwhile Workington kept up their pursuit of rivals Barrow, knocking Doncaster from top spot with a 45-18 victory at Derwent Park.

Jamie Thackray's introduction at prop-forward in the second period helped swing the game in Town's favour after they trailed 18-14 at the break. Elliott Miller ran in a hat-trick.

"Jamie was exceptional, ran the ball hard, asked Doncaster to tackle him and they couldn't.

Whitehaven completed a successful weekend for Cumbrian clubs with a 26-16 success at Oldham.

Four tries added to goals from Carl Rudd and Jamie Rooney ensured Haven stayed in touch with the top three.

"The way the boys came in here and defended their line today was exceptional.

"We're not going to worry about anyone else, if we can keep winning, we want to win this competition. I'm not worried about other results."