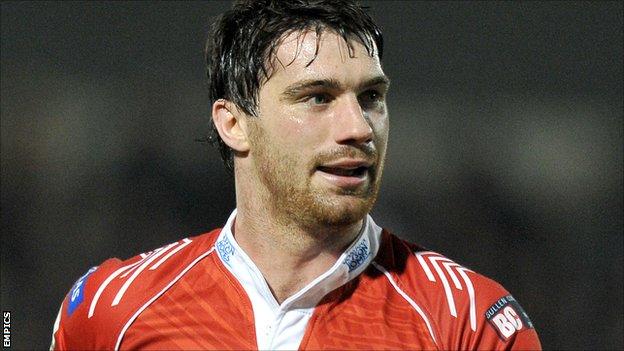 Matty Smith believes Salford will end their winless run soon if they start taking advantage of the chances they are creating.

The Reds drew 20-20 with Bradford Bulls on Friday and have not won a Super League match since 25 March.

Scrum-half Smith told BBC Radio Manchester: "The effort was there again but our attacking play isn't as good as it was earlier in the year.

"We're playing well and it's that last fence that we can't seem to get over."

Salford remain 10th in the table with four wins from their 14 matches this season, despite failing to win any of their last six Super League outings.

However Smith thinks it is still possible for Phil Veivers' side to force their way into the end-of-season play-offs.

"There are plenty more games to go," said the former St Helens man. "We're only five points behind eighth position, which is where we want to be.

"There's a long way to go and we'll stay positive."