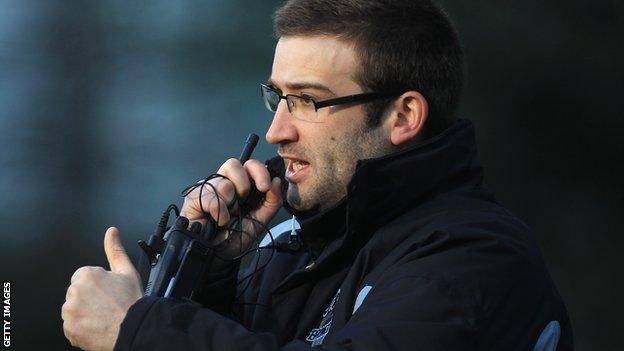 The Twickenham Stoop outfit's board announced the mid-season review last week after picking up just two wins in the Super League so far this year.

Powell told BBC London 94.9: "There's been a decision to look at what we are doing and they are well within their right to do that.

"It's a performance-based industry and we haven't been performing."

He added: "They want to look at who we've got and who's doing what roles. They are right to want to challenge us and make sure we are getting it right.

"How it unfolds is not for me to answer but we're more than happy about it."

The Broncos have the third-worst defensive record in the Super League but following their performance in the 14-12 defeat to Hull FC on Sunday, Powell believes his side are close to turning the corner.

"I think we defended really strongly and if we can build on that, take it forward and do it on a consistent basis, we'll be okay and get through this tough period," he added.

"It's pretty pointless if we only do it once. I'd like to think this is a benchmark that we can achieve more often.

"We've got a very hard-working group of players and staff who want to make amends and make things right.

"There's a lot of effort that goes on behind the scenes in many different departments."