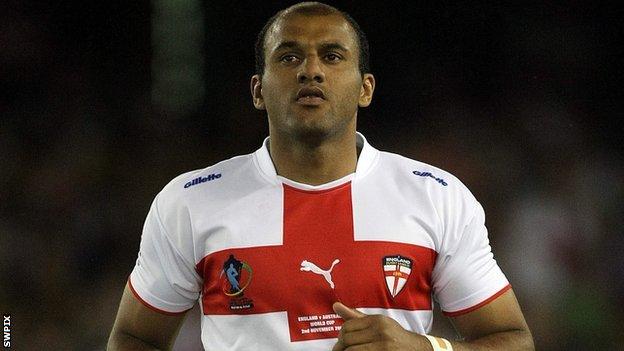 The 30-year-old ran in a try for Town in a 45-18 victory at Derwent Park, and created another for Elliott Miller to cap a successful first outing.

"He's popped from one wing to the other and created a try," Charlton told BBC Radio Cumbria.

"That's what you get from Mark and long may it last."

He added: "When he's running in full flight, catches the ball in both hands and puts it down it's great to watch."

Recent signing Calderwood and Miller, who grabbed a hat-trick, were among the scorers in Sunday's nine-try haul, and took the club's tally to 54 touchdowns in eight matches.

Only vanquished opponents Doncaster, with 63, had scored more, although they had played an additional fixture.

"Once we start, if we play like that we'll have no problems this season."