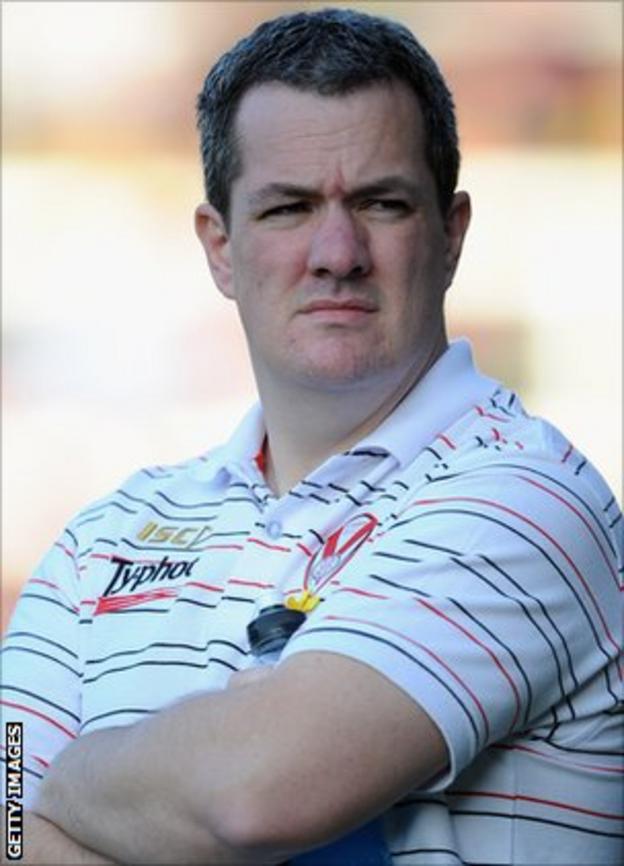 St Helens coach Mike Rush believes the manner of their 31-18 win at Leeds on Monday proved their title credentials.

Saints are sixth in Super League but they have beaten the Rhinos twice and lost just one league fixture since Rush took temporary charge in March.

He told BBC Radio Merseyside: "We showed and we proved to a lot of people that we've got a lot to play for.

"We've got a lot of experienced players that will be pushing for honours at the end of the year."

A tight first-half at Headingley ended level, but after falling behind early in the second period, Saints fought back to seal what turned out to be a comfortable victory against the team that defeated them in the 2011 Grand Final.

"We've been able to beat Leeds home and away," he added. "That doesn't happen very often.

"Lance Hohaia and Jonny Lomax were very good. They were probably most criticised by the media and others last week (after the Challenge Cup defeat by Wigan) and yet tonight they were outstanding.

"It goes to show that players have off-days and we were just unlucky that both of them had a day when it didn't happen for them."

Saints take on rivals and Super League leaders Wigan at the Magic Weekend in Manchester on Sunday evening, knowing that a win will nove them to within three points of the Warriors.