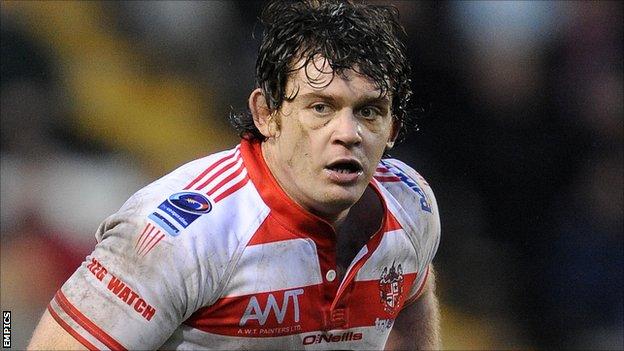 The Rugby Football League has awarded a testimonial to Leigh captain John Duffy to mark his 15 years in the sport.

He became the Super League's youngest player when he made his debut for Warrington, aged 16, in 1997.

Duffy went on to join Salford, Leigh, Whitehaven and Widnes before returning to the Centurions in 2010.

The 32-year-old, who represented Scotland at the 2008 World Cup, will be honoured with a series of events between June and August.

Meanwhile, prop Ricky Bibey has been forced to retire from the game on medical advice because of an Achilles injury.

The 30-year-old made over 200 first-team appearances for Wigan, St Helens, Oldham, Wakefield and Leigh.