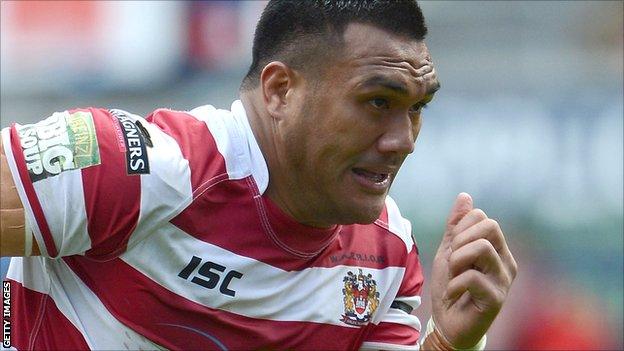 Prop Jeff Lima will leave Wigan Warriors at the end of the season to join South Sydney Rabbitohs.

Lima has agreed a two-year contract with the NRL side and will link up with ex-Wigan coach Michael Maguire.

The 29-year-old New Zealand international is in his second year at the DW Stadium after joining the Super League club from Melbourne Storm.

He lifted the Lance Todd Trophy in 2011 for his performance in Wigan's Challenge Cup final win over Leeds.

"Jeff has been a very consistent performer right throughout his career and will bring a wealth of experience to our club next season," said Maguire, who is in his first season at South Sydney.

"He has a great work ethic, is professional in the way he conducts himself around training and in his preparation to play."