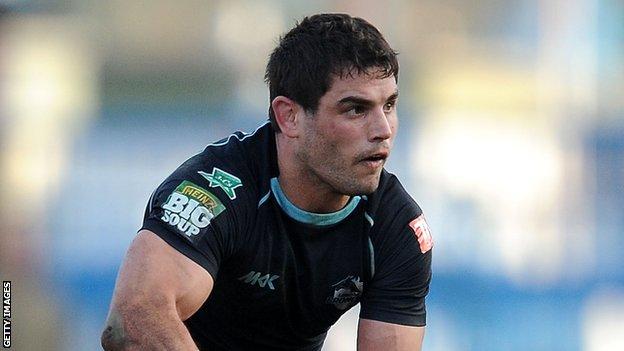 Chad Randall believes London Broncos must improve their mental approach to turn around their current form.

The Broncos, who lost to Catalan Dragons on Sunday, are currently second bottom of the Super League.

The hooker told BBC London 94.9: "We're all training hard but every week when you walk out on the field the doubts start to come in.

"The best players in the world learn how to put them aside. At the moment, we're struggling with that."

The Twickenham Stoop outfit have only won two of their 15 league games this season and have lost their last six Super League games.

"Sometimes on game-day as we're walking out the tunnel, those doubts are starting to creep in," the 31-year-old Australian added.

"We've got to keep working on that mental toughness and belief. We're trying to turn it around.

"This time of year, every single team is pretty much doing the same weight programmes, a lot of time on the training ground and a lot of running,

"At the end of the day, it's a mental thing - your confidence as a team and individuals."