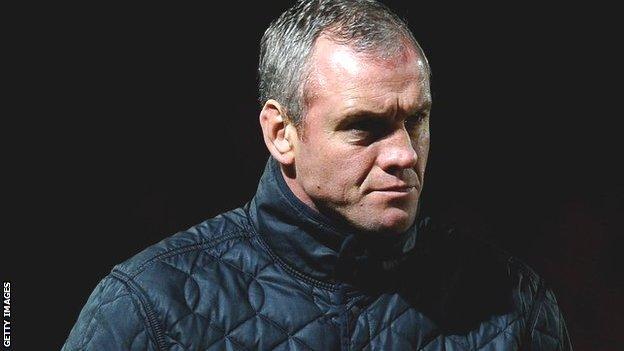 Leeds Rhinos coach Brian McDermott says his side are not reaching the levels of some of the other teams in the league.

The Rhinos beat local rivals Bradford Bulls 37-22 at Magic Weekend on Sunday to move up to seventh in Super League.

"There are teams playing at a standard in this league that we are not at right now," he told BBC Radio Leeds.

"It's my belief that we can get there but we have to make sure we don't rest on our laurels because we need to get there sharpish."

Some of the things we tried were just not good enough

McDermott was angry with his side's error-strewn performance in the victory over the Bulls.

He acknowledged that they will have to improve if they are to win a fifth Grand Final in six seasons.

"If we've any chance of winning the league or progressing in the Challenge Cup we'll need to play better than that," he added

"Maybe we were a bit nervous, we looked like it to start off with. Some of the things we tried to do were just not good enough."