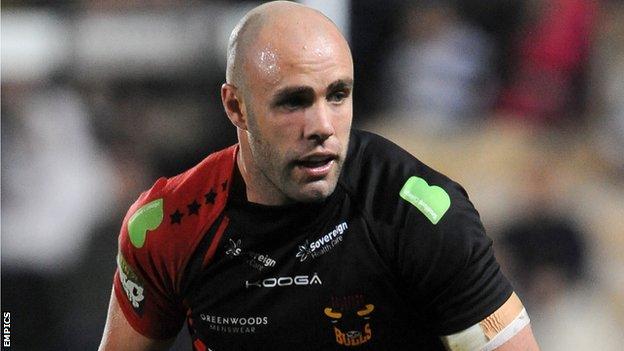 The Australian, 27, felt unwell on the coach following the 37-22 defeat and was taken to Leeds General Infirmary.

Bulls football manager Stuart Duffy said: "Adrian had an immediate primary angioplasty to remove the blockage in his artery.

"But both the club and the player wish to point out that at no time did he suffer a cardiac arrest."

Duffy continued: "His heart did not stop beating and he was conscious throughout the journey to hospital.

"Adrian is feeling much better today but will remain in hospital for the next few days for further tests."

Purtell, who joined from from Penrith Panthers in 2011, added: "I have read all the messages and would like to thank everyone for their concern.

"The response from the Rugby League community has been overwhelming and I appreciate everyone's kind thoughts."