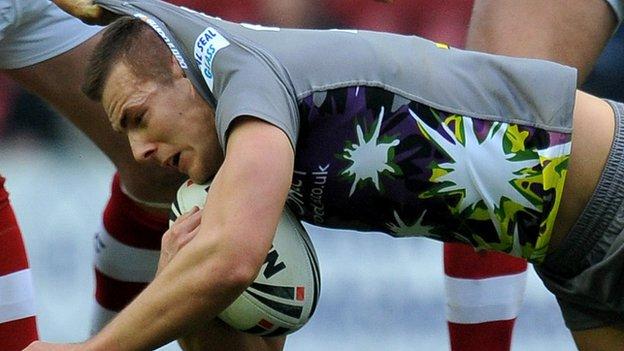 Huddersfield Giants' Greg Eden has signed a new long-term deal with the club until the end of the 2015 season.

Eden, 21, came through the Castleford Tigers scholarship scheme but moved to Giants in the 2011 off-season.

The full-back has impressed in his first season at the club, scoring 11 tries in 16 appearances.

"It's all gone much better than I ever could have imagined and to get such an early extension is great for me," he told the club website.

"My initial aim was just to get used to training full time and push for selection.

"But now I really feel part of the side and think we can really do something special this year."