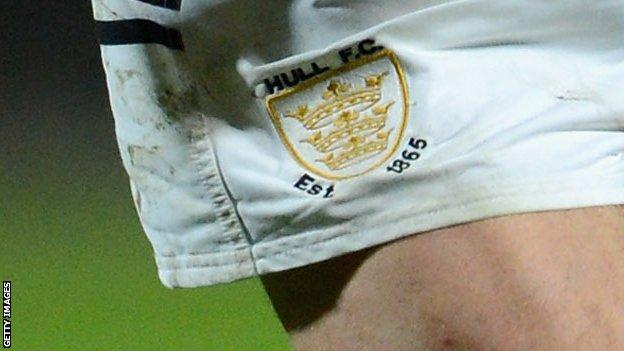 Hull FC have signed 20-year-old centre Joe Arundel from Castleford Tigers on a four-year contract from 2013.

The England Knights player made his Tigers debut as a 16-year-old in 2008, and went on to make 44 first-team appearances for them, scoring 16 tries.

"I'm really excited and also a little nervous as it's a big club and that will put a bit more pressure on me."

Hull FC's director of rugby Shaun McRae added: "We have said since day one that we're trying to build a culture and winning mentality at this club, one that isn't only about now but also about the future.

"That's why we're looking at players of Joe's calibre that are not just showing immense promise now but look to have ever greater years ahead of them in their career, not just with Hull FC but England too."