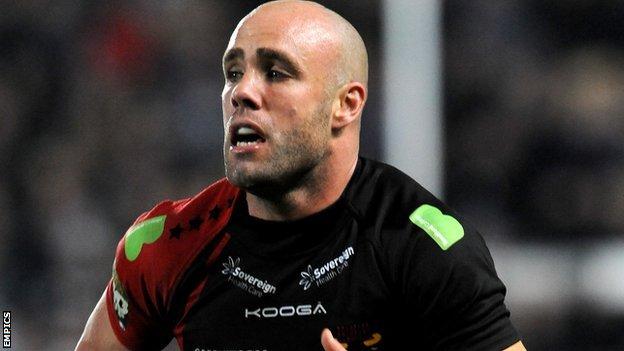 The Australian was hospitalised on Sunday after the defeat by Leeds.

Potter told BBC Radio Leeds: "I can't answer whether he'll be able to play again. It's going to be up to heart specialists and medical staff.

"He's in good spirits now and I'm hoping that he'll be back for the team because he's a very good player."

He added: "He comes out of hospital on Wednesday and the main thing is his health at the moment."

The Bulls coach also commended the job the club's medical team did with Purtell when he was initially taken ill on the coach home.

"He was sat up at the front which is unusual for him and he looked unwell. We knew something wasn't right," he continued.

"He deteriorated really quickly and the medical staff on the bus did a fantastic job with him.

"It wasn't until later that we realised the extent of what happened. It's hard to understand."

Bradford joint-captain Heath L'Estrange admitted it has been a difficult time for the rest of the Bulls squad.

"It's been pretty scary. We didn't know too much about it until we got him off the bus at Huddersfield.

"To think that a 27-year-old can suddenly be struck by something like that is scary.

"We're all thinking about our health now and the rest of the lads in the squad are looking at being screened."