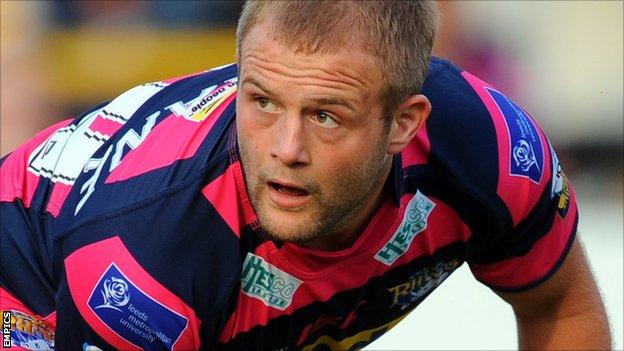 Super League's bottom club Widnes have signed Leeds Rhinos hooker Paul McShane on loan for the rest of the season.

The 22-year-old, who was part of the Leeds team that won the World Club Challenge in February, could make his debut against Huddersfield on Sunday.

His arrival follows the announcement that Giants skipper Kevin Brown will be joining the Vikings next season.

"Paul has fantastic potential and is a very skilful player with a tremendous work ethic," said coach Denis Betts.

He told the club website: "He hasn't featured as often as he would have liked at first-team level over the past few seasons.

"Therefore he's excited by the prospect of regular games with the Vikings and the chance of showcasing his undoubted talent on a more frequent basis.

"He's now at the age where his development will be boosted enormously playing week in, week out."