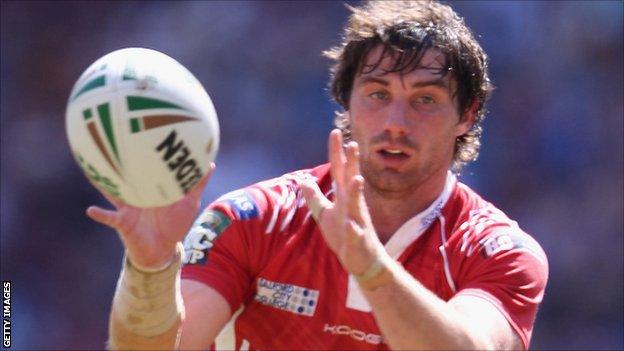 Salford coach Phil Veivers is expecting sought-after half-back Matty Smith to leave at the end of the season.

The 24-year-old, who is approaching the end of his contract, is believed to have received offers from Wigan, St Helens and Widnes, as well as Salford.

But Veivers conceded: "I'm pretty sure he's made his decision and I don't think it will be with us.

"He's got four offers on the table, including Wigan and Saints, who I am pretty sure will be chasing trophies."

Smith began his career with St Helens in 2006 but struggled for regular matches and, after loan spells at Widnes and Celtic Crusaders, moved to Salford for the start of the 2010 season.

He inspired the Reds to a 38-34 victory over Huddersfield in their last outing and will be part of the squad that takes on Catalan Dragons on Friday evening.