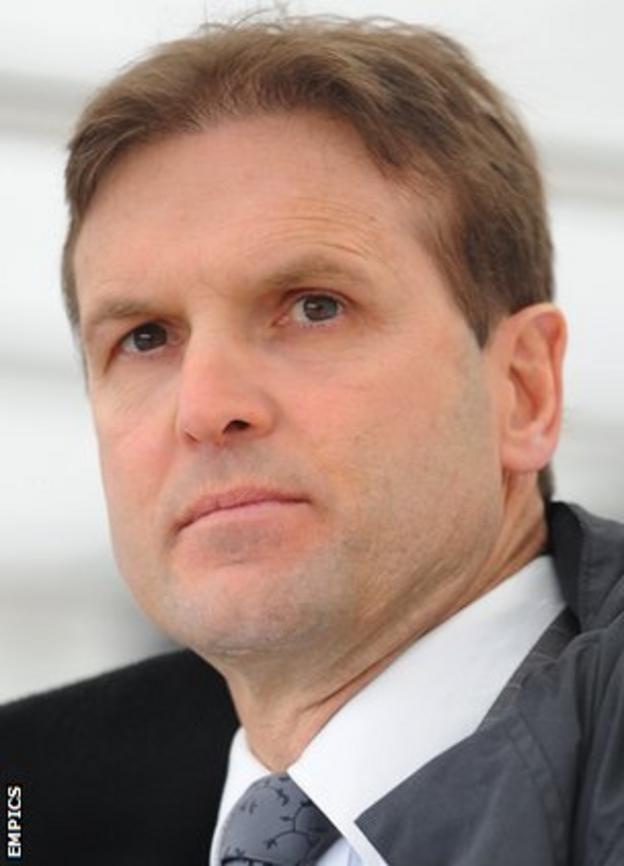 St Helens ran in 10 tries at Langtree Park against Bradford to ruin former coach Mick Potter's return to the town.

Teenage centre Josh Jones, claimed a hat-trick, with two each for Paul Wellens and Jonny Lomax.

There were tries too for Francis Meli, Lance Hohaia and Tommy Makinson, whose seven kicks earned an 18-point haul.

Weakened Bulls ended up with the indignity of being nilled as Saints claimed their first win in three games.

That avenged their 12-8 loss at Odsal in March - the defeat which triggered the sacking of Saints coach Royce Simmons.

Bradford were backing up only four days after beating Castleford 46-32 - and it was all over for them by half-time when they trailed 28-0.

Saints welcomed back Anthony Laffranchi and 11-try top scorer Francis Meli, both named in the Exiles squad to face England next week, after missing last Sunday's 18-18 draw at Hull.

Saints took only six minutes to go ahead when Wellens wriggled over before slick handling between half-backs Lomax and Hohaia put Jones over for his first try.

Lomax then took a return pass from Sia Soliola to sweep under the posts before Jon Wilkin's kick caused sufficient havoc in the Bulls defence for Jones to latch on to the loose ball.

Lomax carved Bradford apart with a weaving run to send Meli over just before the break. And it was more of the same after the resumption when Wellens pounced on James Roby's kick after 52 minutes.

It became worse for Bradford when Makinson went over before Hohaia strolled through woeful defence.

Saints rattled up a half-century of points for only the second time this season when Lomax finished off a superb move in style before Jones completed his hat-trick.

"Josh Jones is a really good prospect. I think he still gets a fiver off his mum if he scores. Hopefully he will keep his feet on the floor. We are lucky in having such a good production line of youngsters.

"We were good and owed it to ourselves to attack better than we did last week at Hull.

"Defensively we aimed up again which is good for us after taking a fair bit of criticism a few weeks ago. We set out with a big pack to steamroll them and it worked."

"I don't want to discredit St Helens because they were outstanding. But we weren't up to it and were unable to withstand the pressure.

"The guys are disappointed because they know they didn't perform well and need to do better. I know the players can do better than they did tonight.

"We now have a fortnight's break but we could really do with a four-week break to get some of our injured players back."