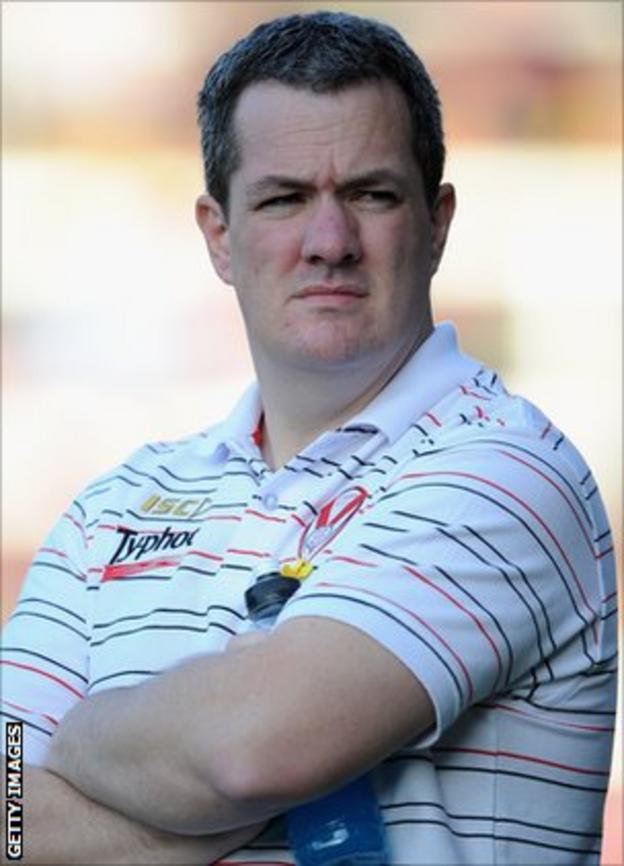 St Helens coach Mike Rush believes the open nature of this season's Super League will allow his side to force their way back into contention.

Wigan Warriors are three points clear at the summit, but only seven points separate the next eight positions.

"It's one of those seasons where teams are beating each other and you can't take anything for granted," Rush told BBC Radio Merseyside.

"It's getting more competitive. If you get a couple of wins, it soon shifts."

He added: "Wigan are in a rich vein of form at the minute, but with Warrington getting beaten, Huddersfield having lost a few and Catalan having lost a couple on the bounce, it squeezes everybody back into the pack.

"We've still got to play those three teams and some of the teams around us, starting this week with Bradford."

Saints, beaten by Leeds in the 2011 Grand Final, lie sixth in Super League and five points behind second-placed Warrington after drawing 18-18 at Hull.

Rush was delighted with his team's defending on Sunday and wants to see a repeat of that spirited display when the Bulls visit Langtree Park on Friday.

"We had a third of the ball, maybe even less than that," he continued. "You can't score that many points when you're defending for two-thirds of the game, and then when you're getting the ball, it's on your own line.

"You can criticise here and there but when you're making so many tackles, you're going to concede points."