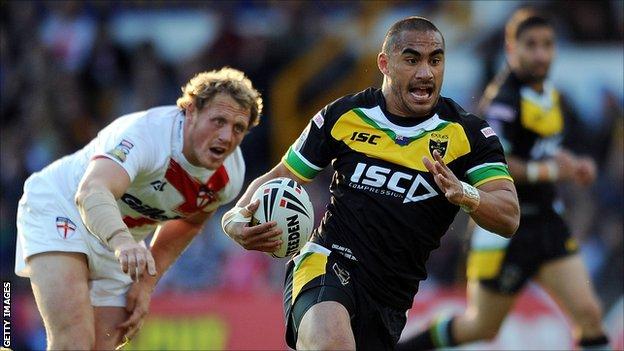 St Helens and Catalan Dragons will each have five representatives in the Exiles squad for their fixture against England at Langtree Park on 16 June.

Nine players remain from the party that beat England 16-12 in the inaugural International Origin match at Headingley in June 2011.

The former Saints coach announced his selection via video link in Australia.

Anderson had already selected a larger group of 30 players and confirmed that Warrington's Brett Hodgson would captain his side.

The list has been trimmed down for the first of two meetings between England and the Exiles, with a second fixture scheduled for 4 July at Huddersfield's Galpharm Stadium.