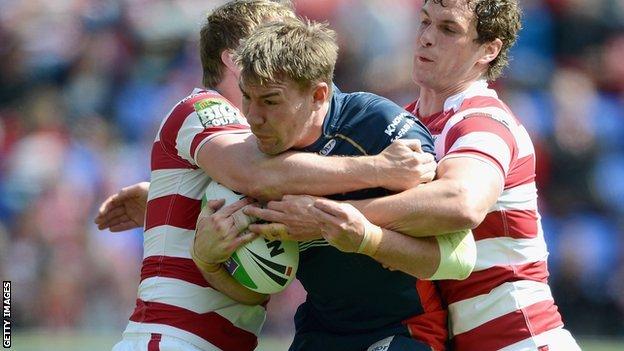 The 25-year-old will return the Tigers next season and the club hope to make further signings in the next few weeks.

"It is brilliant news for the club - both on and off the field," head coach Ian Millward told the club's website.

"For him to make the decision to come back to Cas over quite a few other clubs is a big vote of confidence for us going forward."

Shenton, who made 153 appearances in his first spell with Cas, joined Saints for the start of the 2011 season.

He has made 14 appearances so far this season, scoring three tries.