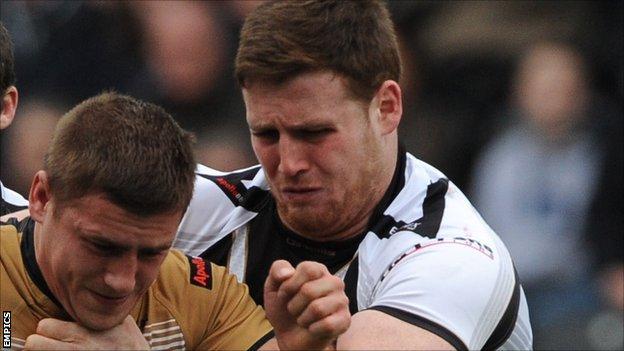 Widnes Vikings prop Anthony Mullally has joined Championship One side Whitehaven on loan for the remainder of the current season.

The 20-year-old, who has made nine appearances in Super League this term, will be available for the visit of South Wales Scorpions on Sunday.

"Whitehaven's squad will be boosted by the arrival of a quality player."

Whitehaven chief executive Barry Richardson added: "We are extremely grateful to Widnes Vikings and Paul Cullen for allowing Anthony to join us for the remainder of the season.

"Having seen him play and received so many good reports about him, we are absolutely delighted to capture the services of such a quality player."