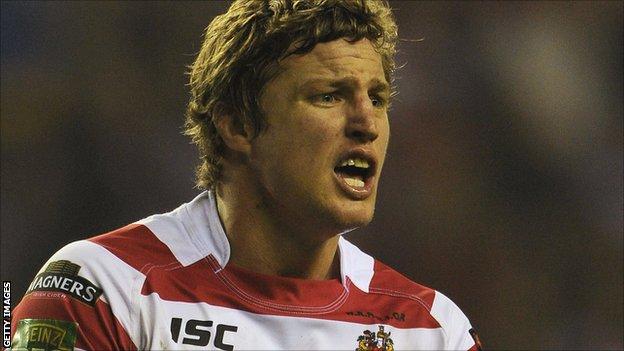 Wigan Warriors have announced that Brett Finch will leave the club at the end of the 2012 Super League season after completing his two-year contract.

Australian Finch, 30, is keen to pursue his options at home next year - and his life after rugby league.

Finch joined Wigan in 2011 from Melbourne Storm and helped the club win their first Challenge Cup since 2002.

"There are options back home I find attractive and my life after footy needs to be considered," Finch said.

Finch, who has made 47 appearances scoring 13 tries, added: "I have thoroughly enjoyed my time in England and to play for a club like Wigan has been a dream.

"The fans have treated me so well and I will be eternally grateful to them for making me feel so welcome.

"I want to finish this season strongly as I am part of a special team and feel that we have every chance of winning more trophies."