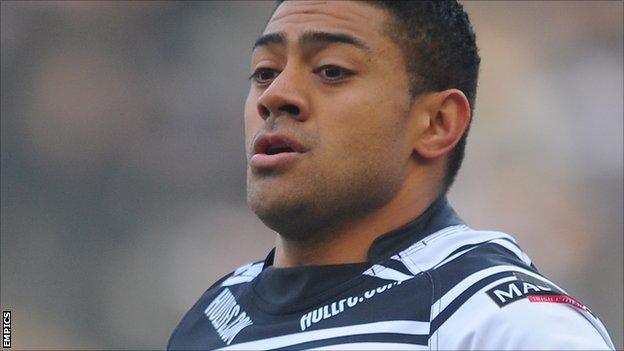 St Helens will sign Hull FC back-row forward Willie Manu on a two-year deal for the start of the 2013 season.

The 32-year-old is in his sixth season with Hull but confirmed in April that he would be leaving the KC Stadium.

The Tonga international was Hull's player of the year in 2011 and was named in the Exiles squad for their match against England last Saturday.

"Willie is one of the best back row forwards in rugby league," said Saints chairman Eamonn McManus.

"He will introduce a new dimension to our game. He is a devastating runner with a phenomenal work rate.

"He is also a great defender too and we look forward to welcoming him next season.

"I'd like to thank Hull FC for allowing us permission to speak to Willie and express my appreciation for the way the club has conducted itself during the negotiations."

Manu will link up with the Saints squad, as well as incoming coach Nathan Brown, at the end of the current Super League season.