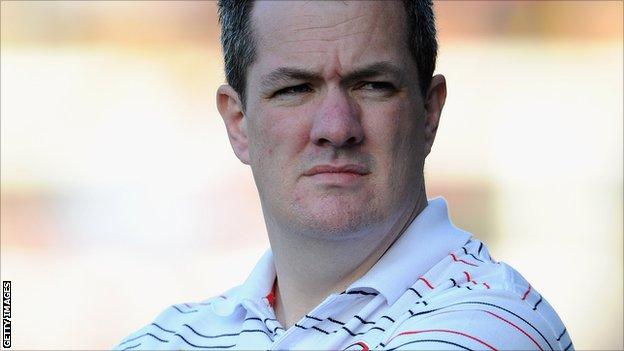 Mike Rush believes his young St Helens players have responded well to any criticism they may have received for their recent performances.

Saints, fourth in Super League, were beaten three times in the space of seven weeks by bitter rivals Wigan.

But Rush told BBC Radio Merseyside that a 54-0 victory over Bradford Bulls on Friday proves the quality in his squad.

"When you take criticism, you just have to bite your lip and hope that the kids come through it stronger," he said.

"If you can take it on the chin and then play like we did against Bradford, that will bode really well for the future with the kids that we've got."

Rush will take charge of St Helens for the rest of the season, before coach Nathan Brown makes the switch from Huddersfield Giants for the start of the 2013 campaign.

One man grateful for the chance he is being given by the interim coach and assistant Keiron Cunningham is winger Tommy Makinson, who scored a try and kicked seven goals in Saints' demolition of the Bulls at Langtree Park.

"We've got faith in everyone in our team," said the 20-year-old. "When anyone comes up (from the academy), you know what they're capable of.

"I'm really enjoying my rugby at the moment. Playing in this great team at a great stadium, it's really enjoyable. I feel I'm improving with every game."

With England due to face the Exiles at Langtree Park on Saturday, St Helens do not play again until 22 June when they make the short trip to face Salford City Reds.