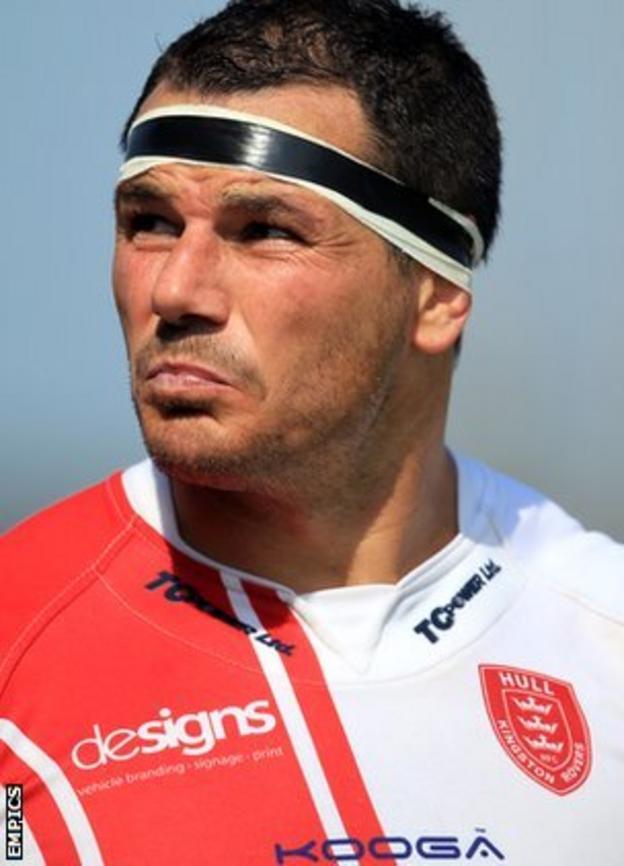 Hull KR captain Ben Galea has confirmed he is to ask the club for a one-year extension to his contract.

The 33-year-old Australian, who has made 98 appearances for Rovers since joining the club in 2008, was due to retire at the end of this season.

However, he has told BBC Radio Humberside he now plans to ask coach Craig Sandercock for another deal.

"If Craig's happy to keep me, then fingers crossed I'll go round again next year," he said.

"It's up to him of course, he might have other plans, so I need to knock on his door and speak to him, but I've definitely decided I want to keep playing."

An NRL winner with Wests Tigers in 2005, Galea was made Rovers' club captain after Mick Vella retired at the end of last season.

He was forced to sit out the early months of the season because of a knee injury, but has begun to find form and was among the stand-out performers in Rovers' superb win at Huddersfield last Sunday.

With no game this weekend, Galea said he hopes to sit down with Sandercock in the next few days.