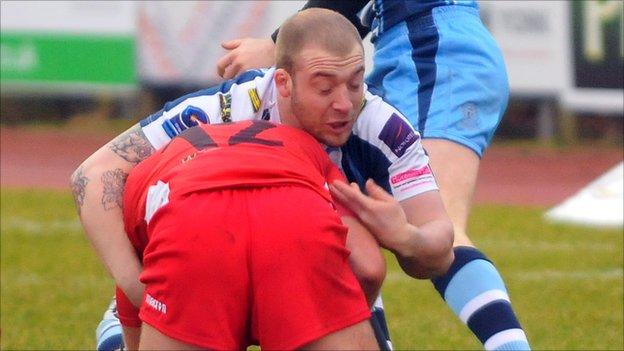 York City Knights have confirmed they are in talks with Castleford Tigers about signing John Davies on a permanent basis.

The 21-year-old second-row forward is currently at the Huntington Stadium as a dual registration player.

Knights' coach Chris Thorman has also started identifying other targets for the 2013 season.

"We will start talking to players this week and we hope to have some positive news in the upcoming weeks," he said.

Thorman added: "We had a positive meeting last week and the club have really signalled their intent for next season.

"There are still a number of players in the current squad who we have not yet decided on and they have between now and the end of the season to impress".