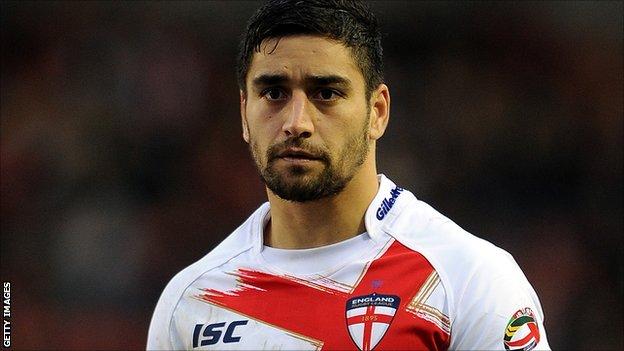 Castleford Tigers and England stand-off Rangi Chase has said he would consider a transfer to Wigan Warriors.

The Super League leaders are in the market for half-backs as Brett Finch and Thomas Leuluai are leaving the DW Stadium at the end of the season.

When asked about rumours linking him with Wigan, Chase said: "I don't know where it's come from. I haven't been told anything by Cas, Wigan or anybody.

"You'd be silly not to think about something like that. Anyone would."

The 2011 Man of Steel, who agreed a new contract last September tying him to Castleford until 2015, added: "I'd be a liar if I was sitting here saying I wouldn't go.

"I admire the way Wigan play. They're so tough and relentless. They're the teams you want to play with."

The 26-year-old is currently with the England squad, preparing for the first of two matches against the Exiles at Langtree Park on Saturday.

Wigan, who will lose Finch and Leuluai to National Rugby League [NRL] clubs in Australia next season, have already confirmed their interest in signing Matty Smith from Salford City Reds.