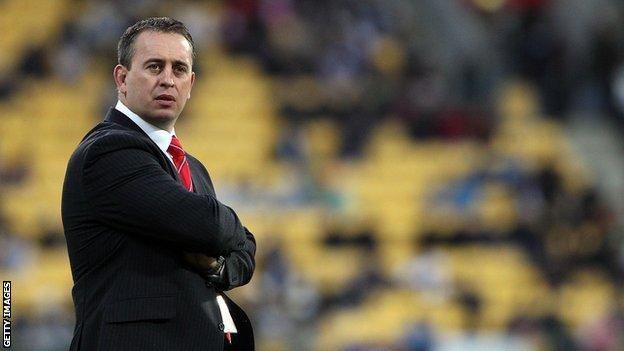 McNamara has named Wigan forward Lee Mossop on the bench for the match at St Helens' Langtree Park ground.

"Josh has been in scintillating form with Wigan and deserves his place in the team," McNamara said.

"I have been pleased with the partnership he is forging with Carl Ablett and they are looking a formidable pairing on the right."

Wigan pair Gareth Hock and Sean O'Laughlin have been selected in a new-look back row, as has Hull's Danny Tickle.

But Tickle's Hull team-mate Tom Briscoe has missed out on the squad, along with St Helens forward Jon Wilkin and the Huddersfield pair of Danny Brough and Leroy Cudjoe.

"The four players who have missed out are disappointed and could quite easily have featured," McNamara added.

Exiles coach Daniel Anderson is likely to have Huddersfield forward David Fa'alogo available on the bench after the Samoan joined their camp late on Wednesday.

Former St Helens coach Anderson said: "We've confident that we have a team who can dig in and do well in the emotional component of the game. We've certainly got the talent."