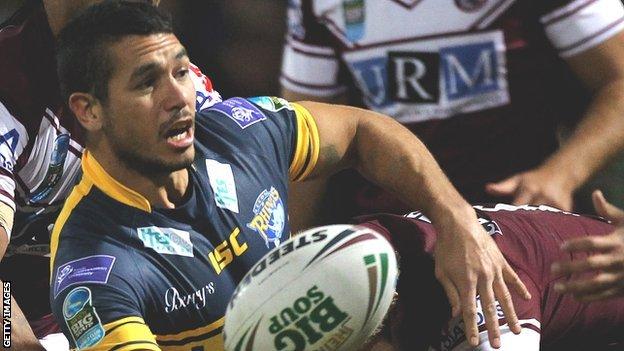 Leeds Rhinos full-back Brent Webb is out of action for eight weeks with a torn medial knee ligament.

The former New Zealand international was injured during the Super League defeat by Warrington last week.

Webb's injury means he is out of contention for the Rhinos' Challenge Cup semi-final against Wigan Warriors on 14 July.

Ben Jones-Bishop is expected to switch from the wing for the rearranged match with Wakefield on Monday.

Webb, 32, who joined Leeds in 2006, turned down the offer of a new one-year deal at Headingley last month.