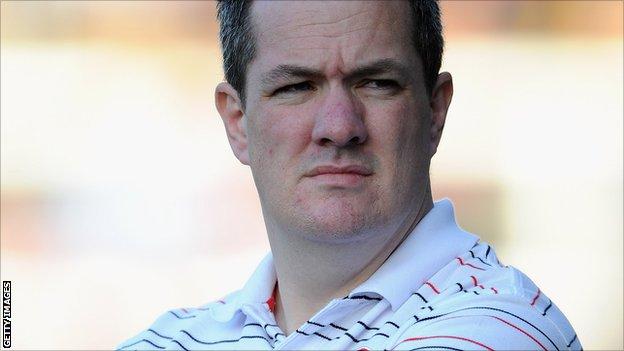 The England-Exiles fixture meant a weekend off for all 14 Super League teams, with Saints returning to action at Salford City Reds on Friday evening.

"The boys got three or four days off," Rush told BBC Radio Merseyside. "Some of them went and got some sun, some got some DIY done.

"It was a nice break for them but we're back into Super League now."

Rush continued: "I can only speak on behalf of the Exiles that we had in camp with myself and Daniel, but it was different for them and they certainly didn't get over-trained.

"We had two sessions during the week and it was something different to freshen them up."

When St Helens met Salford at Langtree Park in February, it was Saints who prevailed 38-10, their first win at their new home.

They will be making their first appearance at the Salford City Stadium on Friday evening.

"It's like when teams have turned up here (at Langtree Park)," added Rush. "They like coming because it's a new experience, the pitch is good and it's something different.

"Whenever you get something different, it pricks your ears up a little bit.

"We've never played there before so hopefully it's a positive for us that they've moved to a new stadium."