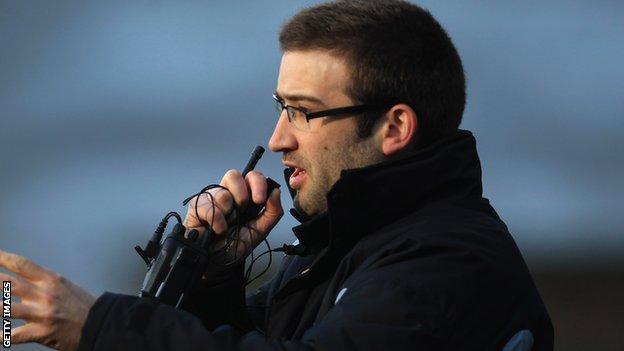 London Broncos head coach Rob Powell has called on his players to back up their victory over Widnes with a win against Huddersfield on Sunday.

The Twickenham Stoop side visit Giants this weekend after ending their seven-game losing streak in the Super League.

Powell told BBC London 94.9: "It's important we back it up this week. It's not good enough to play well once to get off the bottom of the table.

"We need to find a more consistent standard of performance."

He added: "We've got to take what we got out of the Widnes game and the fact the group has come together.

"We've got to use that and move forward."

The last time the Broncos visited Huddersfield, they suffered a 50-14 defeat in the Challenge Cup quarter-finals.

And Powell wants his side to do themselves justice on Sunday.

"We owe ourselves a good performance after doing poorly up there in the Challenge Cup," he continued.

"We've got a bit of a point to prove to ourselves and everybody else that we are a better team than what we showed that day.

"We've got to get after them early and try and put them under some pressure."

Powell, meanwhile, believes his players will have benefited from a free weekend due to the England-Exiles game.

"You get lost in the results and the fact the team has under-performed at times.

"The team's been training very hard five or six days a week since October. There hasn't been a gap weekend since we started playing in January.

"It will have been good for them to get away from the place for a few days and freshen up."