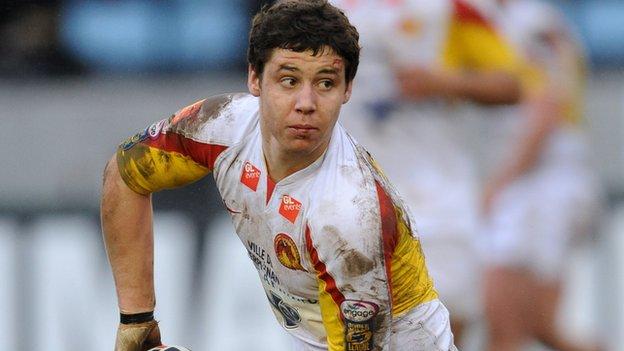 Catalan Dragons scrum-half William Barthau has signed a new deal tieing him to Super League's only French club to the end of the 2013 season.

Barthau, 22, has played just one Super League game, having been kept sidelined by the form of Scott Dureau.

But the youngster was in the France team which beat Wales last Saturday.

And he is having a great season for the Dragons' reserve team in the French Championship, having run in 21 tries in an impressive total haul of 161 points.