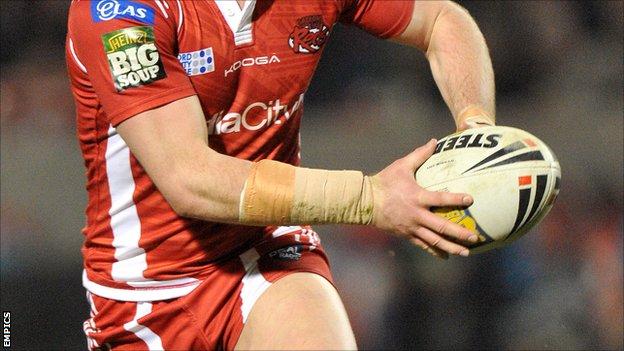 John Wilkinson has confirmed Salford City Reds are looking for investment, but has denied he is about to step down from his position as chairman.

"I can't go on indefinitely," Wilkinson told BBC Radio Manchester. "We need to look to bring new people in, which is sensible to do at this stage.

"We're talking to people in the city of Salford and just outside the city."

The Super League club have struggled financially since moving into their new stadium at the start of the year.

It emerged in February that they owed HM Revenue and Customs a five-figure sum, which was eventually paid in April.

Wilkinson says the Reds have lost several revenue streams after leaving the Willows, which has led to a number of changes behind the scenes, including the departure of long-serving chief executive David Tarry earlier this month.

"This club has got to be led by sales and marketing," he added. "There have been many changes. I've worked with Dave for 30 years but there have to be changes along the way."

Salford are currently 10th in the table, six points adrift of a top-eight place, after their 30-12 defeat by St Helens on Friday.