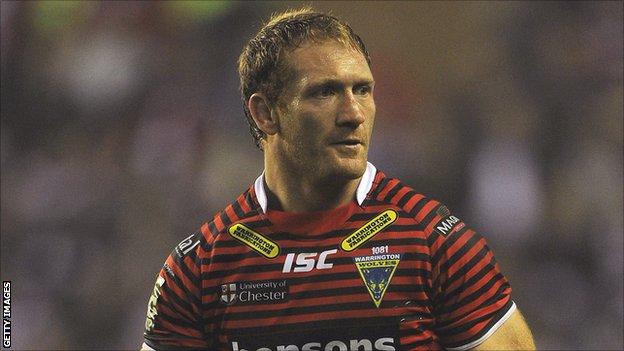 Warrington's Michael Monaghan has said it is unlikely he will play for the Exiles against England on 4 July.

The Australian featured for the first time in three months against Hull FC on Sunday following knee surgery.

"It's a possibility but I've got to take some precautions and look after myself," he told BBC Radio Merseyside.

"A midweek game probably wouldn't be the best thing but it's something I'll discuss with the club and the Exiles coaches if I'm selected."

He continued: "I'm pretty focused on the semi-final of the Challenge Cup (against Huddersfield on 15 July) and having a midweek game, with the way my knees have been, is probably not the best thing to be doing."

The Exiles were beaten 18-10 by England at Langtree Park in the first of two Origin Series matches, with the second due to take place at Huddersfield's Galpharm Stadium.

Before then, Warrington, who kept up the pressure on Super League leaders Wigan with a 40-18 victory over Hull, go to Salford on Friday night, with Monaghan confident he will be involved.

"I need to manage myself early in the week," he said. "The short turnaround will make that difficult but the knees feel pretty good."