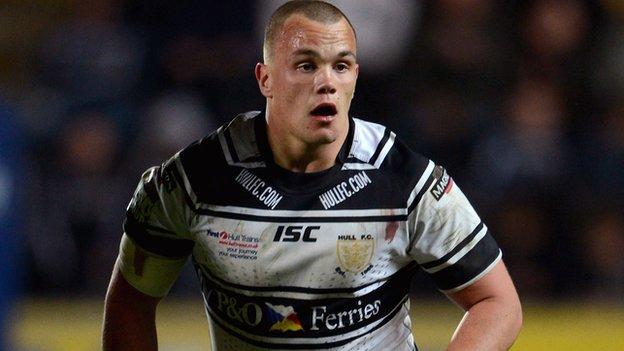 Hull FC have announced that Eamon O'Carroll and Jamie Ellis are free to find other clubs.

Prop O'Carroll, 25, has made 10 Super League appearances for the Black and Whites this season.

Half-back Ellis, 23, has also played 10 league games for the club since joining from Leigh in the close season.

Shaun McRae, Hull FC's director of rugby, told the club website: "We've got nothing but the greatest respect for Eamon, he is a fantastic player."

He added: "His commitment on and off the field cannot be faulted and he is a popular character, certainly amongst our players and fan base.

"However, as is sometimes the case in sport, the current circumstances haven't quite suited the player or the club."

O'Carroll agreed a three-year deal when he joined from Wigan last September, while Ellis had signed a two-year deal in June 2011.

Meanwhile, the club have extended the loan spell of Warriors full-back Matthew Russell for a further month.