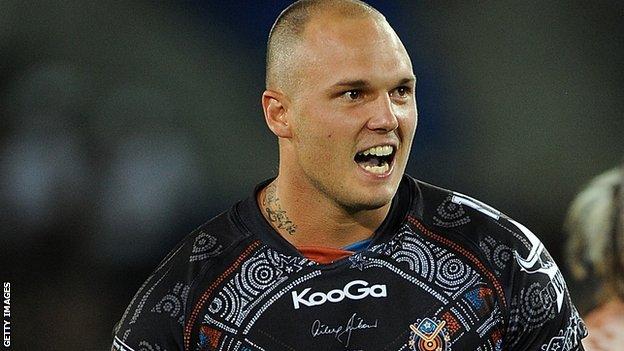 The Australian, 24, will move to Craven Park for the start of next season and as he holds a British passport will not count on the club's overseas quota.

He told BBC Radio Humberside: "I'm not coming over here to make up the numbers, I want to win a championship.

"I wouldn't have signed here unless I was confident in the squad and the coach and I'm looking forward to it."