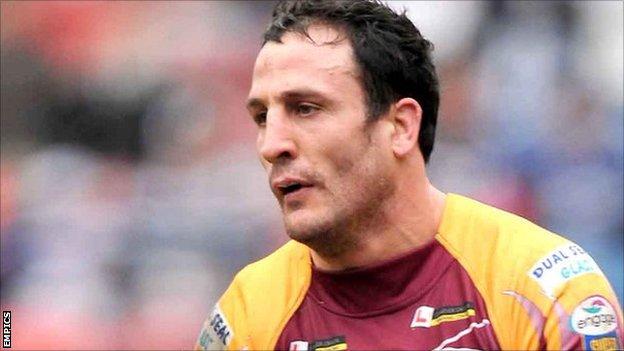 Huddersfield Giants centre Lee Gilmour has agreed to join Castleford at the start of the 2013 season.

The 34-year-old, who can also play as a back-row forward, has signed a two-year contract with the Tigers.

He follows Michael Shenton,Jake Webster and Jamie Ellis in committing their futures to Cas next year.

"We were in need of someone with that experience and knowledge," said coach Ian Millward. "He'll also be a great mentor for our younger players."

Millward added: "Lee is a very good communicator on and off the field and I'm delighted he'll be coming to Cas."

Former Wigan, Bradford and St Helens man Gilmour had a year remaining on his contract with Huddersfield but has been able to negotiate an early release from the Giants.