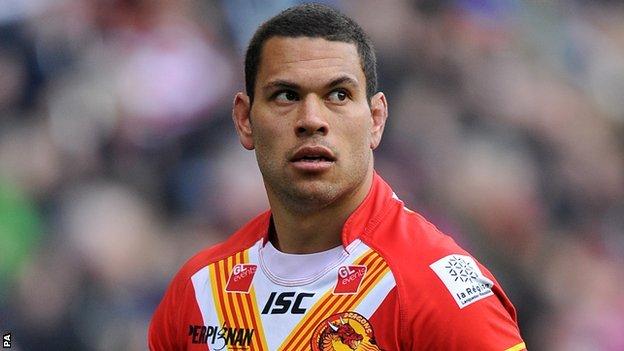 Centre Daryl Millard has signed a new two-year contract with Catalan Dragons, keeping him at the club until the end of the 2014 season.

The 27-year-old has scored 17 tries in 38 games since joining from Wakefield at the start of the 2011 campaign.

"The team is going well, I'm very happy with the coaching staff so staying here was an easy decision to take."

Millard is in the Exiles squad for next week's second match of the International Origin series against England, having scored a try during the first game, which England won 18-10.