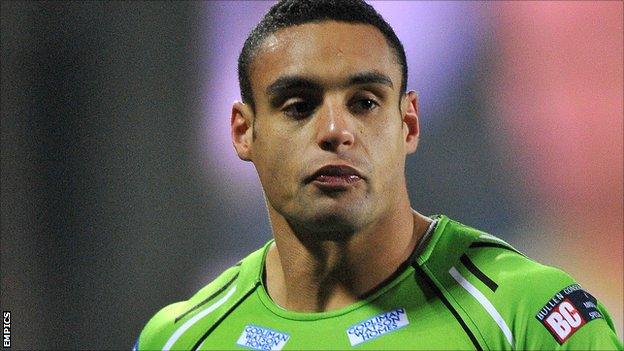 Salford City Reds winger Jodie Broughton has admitted receiving his first England call-up was both a thrill and a surprise to him.

He is in the squad for Wednesday's game against the Exiles at Huddersfield.

"I was over the moon when I got the call from (coach) Steve McNamara," Broughton told BBC Radio Manchester.

"My heart was pounding as soon as I saw his name on my phone. I didn't really think about being picked for the first team because I was with the Knights."

The 24-year-old continued: "When I came to Salford (from Leeds Rhinos at the start of the 2010 season) it was a big move for me.

"I think we had the right mix of people here and I learned a lot from some really class players.

"I've probably achieved more than I thought I would in the time I've been here. I'm grateful to Salford because they showed a lot of faith in me and I hope I'm repaying them."

Broughton's club-mate Matty Smith could also make his first England appearance in a fixture that has been criticised by some players and coaches.

Wigan's Thomas Leuluai suffered a broken leg in the first match between the teams earlier this month, which led to concerns about players picking up injuries at a crucial stage of the Super League season.

But former St Helens scrum-half Smith, 24, believes there is value in facing the Exiles.

"When we've played France in the past and we've run away with games, it's not doing anyone any good," he said. "Playing the best overseas players in Super League is a great concept and a better game for the fans and everyone involved."