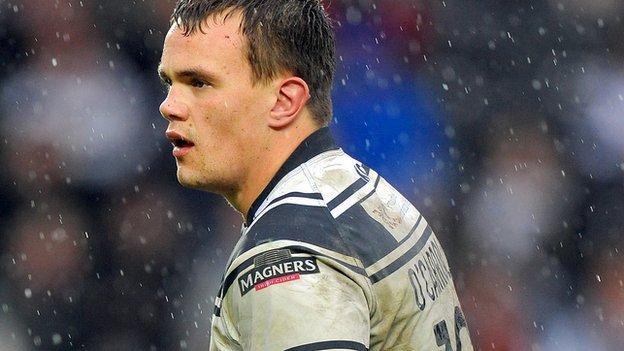 The 25-year-old has agreed terms up until the end of the 2014 season and could feature in Widnes's next fixture against Castleford.

O'Carroll progressed through the ranks at Wigan's academy before making 61 appearances for the Warriors.

He then moved to Hull FC in 2011 where he made 10 appearances before moving to the Stobart Stadium.

Earlier this week Hull director of rugby Shaun McRae announced that O'Carroll and half-back Jamie Ellis were free to leave the KC Stadium.

Widnes head coach Denis Betts said: "We're really fortunate to have secured Eamon, not only for the rest of this season but the following two as well.

"This affords him ample opportunity to get used to our systems and the way we go about our business here at Widnes, which will hopefully bring out the best in him."

O'Carroll added: "I'm really looking forward to working with Denis. I was only in the academy at Wigan Warriors when he was head coach at the club, but he used to host quite a few sessions for the younger players and I remember those days well.

"The same applies for Dave Banks who was another of my coaches at Wigan, and it will be nice to work with him again, too.

"I had a few offers from elsewhere and normally I wouldn't have entertained the opportunity of joining a club part-way through the season but as soon as Widnes came in for me, I jumped at the chance and I was keen to put pen to paper as quickly as possible. "