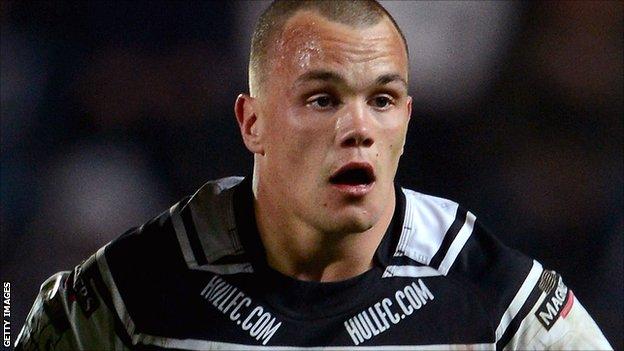 New signing Eamon O'Carroll has said the prospect of future success was the main reason for his move to Widnes.

The 25-year-old made a try-scoring debut against Castleford on Monday, days after joining from Hull FC.

"It may take a year, it might take two or even three, but I feel like we're moving forward and that's something that I want to be part of."

Widnes have struggled in their first season back in Super League, winning just four of their 19 matches so far in 2012.

But performances and results have improved in recent weeks, culminating in a 40-10 victory over Castleford at the Stobart Stadium which lifted them off the bottom of the table.

Huddersfield Giants captain Kevin Brown will join the Vikings at the start of next season, but O'Carroll does not believe excessive squad changes are needed.

"If you add one or two quality players to the team that we've got, that's going to help us," said the former Wigan Warriors youngster.

"I don't think changing the whole team will help us. We'll be in the same situation that we are now.

"I'm really impressed with the players that we've got here and the facilities that we've got. If you add people like Kevin Brown to that, it's only going to make us better."