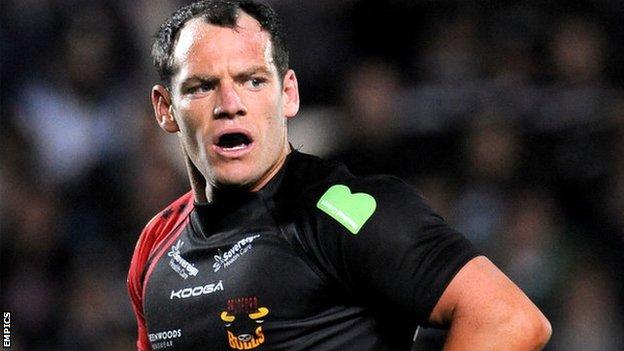 Potter and the rest of the coaching staff were made redundant on Monday but will lead the side against London Broncos on Sunday for free.

The 26-year-old told BBC Radio Leeds: "The coaching staff coming back is unbelievable. I respect that a lot.

"Mick has been a rock for us this season. If you ever need him he's always there for you."

He added: "I've had a few troubles this year with my knee operation and some problems at home and Mick has been brilliant with me."

Bradford entered administration last Tuesday with administrator Brendan Guilfoyle announcing the club had just ten working days to find a buyer to save it from liquidation.

Guilfoyle made the coaching staff redundant in a bid to save £50,000 a month and there were rumours that former coach Brian Noble could return on an unpaid interim basis, but on Wednesday Potter announced he would be returning.

L'Estrange, who was speaking after helping the Exiles to a win over England in the Origin Series, is confident the Bulls fans will turn out in force on Sunday in what could be the club's final game.

"It's on a Sunday and it's not televised so hopefully all the supporters come out and back us," he said. "It's going to be emotional."