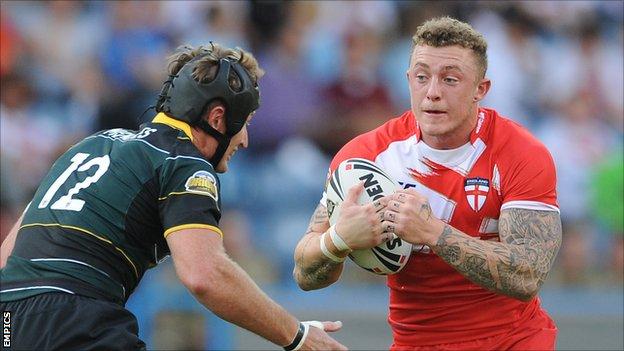 Wigan Warriors could be without Super League's top try scorer Josh Charnley for their Challenge Cup semi-final against Leeds Rhinos on 14 July.

The 21-year-old suffered a calf injury playing for England against the Exiles at the Galpharm Stadium on Wednesday.

"He heard something pop in his calf," Wane told BBC Radio Manchester. "We need to deal with it. It's happened and we need to get on with it."

Winger Charnley is definitely out of Sunday's fixture against Wakefield.

Wane has said Iain Thornley, who returned to Wigan from Aviva Premiership side Sale Sharks in May, could make his first appearance of the season against the Wildcats.

"I don't think he expected to come in so early this season," added Wane. "It's his chance and we'll see what he can do.

"I want to pick him and see how he goes. I'm sad for Josh that it's happened, but we need to get on with it."