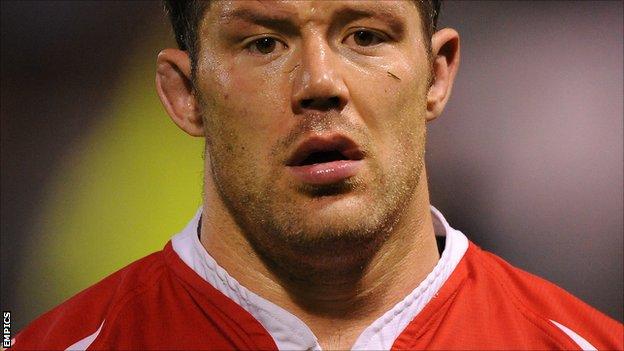 Phil Veivers's side just 48 hours after Smith's transfer to the DW Stadium had been confirmed.

"It was disappointing because we only found out a day before the game," prop James told BBC Radio Manchester.

"We're a team that, in the face of adversity, we tend to rise above it and we showed that on Sunday."

He continued: "We knew that it (Smith's departure) was going to come at the end of the season, but not quite now.

"It's all business and, as players, we just want to get out there and play as well as we can. If people get sold or move, it's nothing to do with us."

Matty Smith made his Wigan debut in Sunday's 52-10 win at Wakefield, just four days after winning his first England cap against the Exiles

Smith, who was in the final year of his Salford contract, was a target for several Super League clubs and had been tipped to join the Warriors for the start of the 2013 campaign.

However, with Thomas Leuluai recovering from a broken leg, Wigan made their move for the newly capped England international earlier than expected.

Wins over Warrington and Hull KR have lifted Salford to within five points of the play-off positions and maintained their hopes of finishing inside the top eight.

"It was like our Grand Final because if we didn't win, we had no hope of getting into the top eight," added James. "It's a big ask but we need to be confident.

"By winning, we're in with a shout. We're there or thereabouts so we just need to keep playing like we are and we'll see what happens."