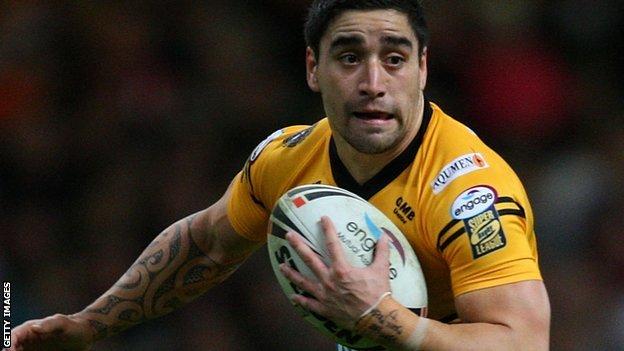 Castleford have lifted the club-imposed suspension of stand-off Rangi Chase.

Chase, 26, was suspended last month while the club launched an internal investigation into the player's off-field actions and training attendance.

In a statement the club confirmed that Chase would resume training with the first-team squad on Thursday.

The England man said: "I would like to apologise to my team-mates, coaching staff, the club and our fans for my behaviour on this occasion."

Chase was dropped from the Cas squad for the defeat at Leeds on 24 June, with boss Ian Millward refusing to comment on the player afterwards and he was then suspended on full pay the following day.

In the absence of last season's Man of Steel the Tigers have won one match and lost another.