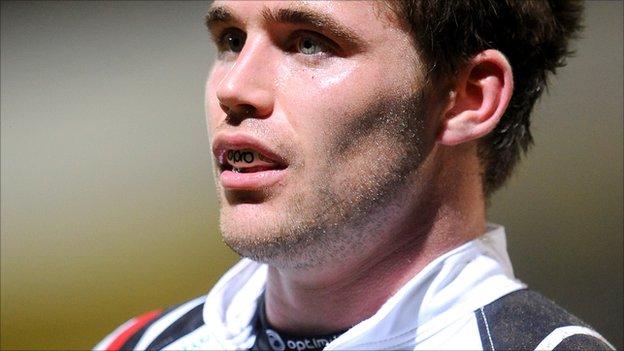 Ashley Gibson has signed a new one-year deal with Salford City Reds, keeping him with the Super League club until the end of the 2013 season.

The 25-year-old was approaching the end of his contract but has followed winger Danny Williams in agreeing new terms.

Director of football Steve Simms said: "Ashley is a dangerous centre and we're very pleased he shares our vision for where we want to take the club."

In recent weeks, the Reds have lost Matty Smith to Wigan Warriors, while Sean Gleeson has agreed a move to Hull KR for the start of 2013.