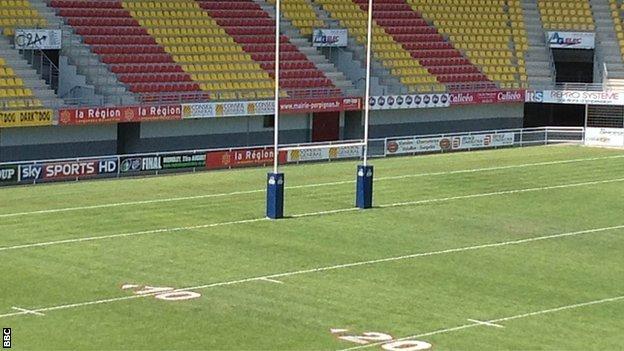 Hull FC coach Peter Gentle has voiced his displeasure at not being allowed to train on the Catalan Dragons' pitch ahead of their game on Saturday.

This is the second time the Black and Whites have travelled to France after the original February fixture was postponed because of a frozen pitch.

"They're proving to be very difficult," he told BBC Radio Humberside.

"They are not allowing us to train on their ground and we've had to find a pitch out of town."

He added: "I wasn't happy about how things happened the first time round and a win over there would do a lot to improve my mood.

"They seem to take a lot of pleasure in making things difficult for us."

Gentle's side, who have won just one in six, would move up to sixth in Super League with a victory at the Stade Gilbert Brutus.