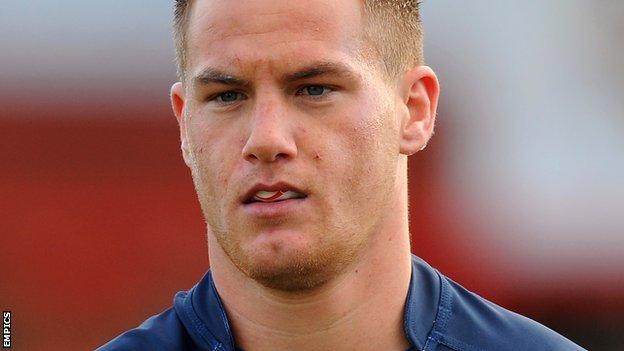 Hull FC made up for their in May by this time holding on to beat Hull KR at Craven Park.

Ryan McGoldrick and Jordan Turner both scored tries to help earn the Black and Whites a 14-2 derby interval lead.

James Laithwaite, Mickey Paea and Josh Hodgson responded for Rovers, who at one stage came within two points.

While Hull's victory lifted them back up to sixth place, Rovers are now struggling to make the play-offs after suffering a fourth successive defeat.

Hull had gambled on a new half-back partnership of Aaron Heremaia and McGoldrick in a bid to arrest a slump which, starting with that disheartening Magic Weekend defeat by Rovers, had seen them win just once in seven league matches.

And, after Dobson's early penalty, the visitors took control, scoring twice through McGoldrick and Turner, both improved by on-loan debutant Foster, who added a late first-half penalty.

Laithwaite pulled a try back for Rovers straight after the break, converted by Dobson, only for Yeaman to restore the Black and Whites' two-try advantage, Foster again adding the extras.

Paea, set up by Dobson's dazzling break, and Hodgson then made it interesting by scoring in quick succession.

The Black and Whites had let slip a 30-14 lead to go down 32-30 at the Etihad Stadium two months ago - and Hull coach Peter Gentle admits that he feared a repeat.

But Dobson failed to make it all square with the second of those two conversion attempts, out wide on the right, to leave the score at 18-20.

Loose forward Whiting then struck at the other end, Foster again converting to give the visitors some breathing space.

And Briscoe sealed victory five minutes from time when he finished off a slick, well-constructed handling move down the right, Foster taking his goal tally to six from as many attempts on his his first Super League start since March.

Gentle's plan to switch scrum-half Brett Seymour to loose forward was thwarted when he pulled out with a knee injury, paving the way for Tom Lineham to make his debut and become the 34th player used by them this season.

Rovers' misery was compounded by the loss of full-back Shannon McDonnell with a knee injury and second rower Con Mika with a torn hamstring.

"They were too good for us. They out-enthused in that first half. Our execution of plays was poor. We created a few opportunities but we butchered them and let them off big time.

"I thought we played a lot better in the second half and I thought we were going to sneak a win.

"Hull, to their credit, took every opportunity they had and that was the difference tonight."

"We all had flashbacks when they came back but we kept our resolve. It was a great response to the last few weeks. The boys have worked their backsides off this week and we saw the results.

"The pairing of Heremaia and McGoldrick is only in its infancy. We'll see how that develops in the coming weeks, but it's good to see we're starting to transfer what we do on the training paddock onto the field.

"There's a bit of class about Jamie Foster. And he's pretty handing at turning four into six when we cross the line. He sees this as an opportunity. He's had to bide his time and we're in the fortunate position to offer him a month's deal. I'd like it to be longer but we'll see how it goes."