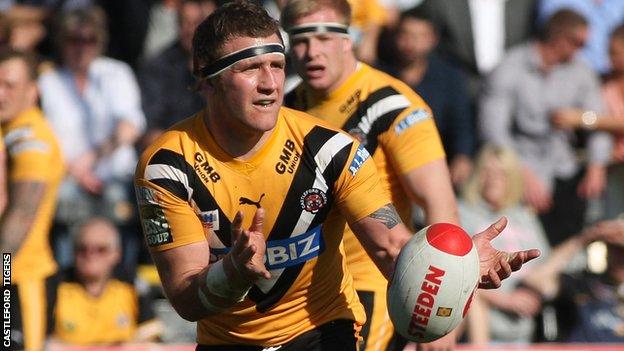 Castleford Tigers hooker Ryan Hudson is to retire at the end of this season.

The 32-year-old, who has also played for Huddersfield and Wakefield, is in his second spell with the Tigers and has made 118 league appearances for Ian Millward's side.

He told the club website: "I'm ready for a change. My body feels ok but mentally I'm ready.

"I'm thankful for the support the fans and club have given me over the years and I hope to go out with a bang."

Hudson was suspended from the sport for two years in 2005 after testing positive for a banned steroid.